Leaving our touch around the World

JIKA legacy may be found in some landmark buildings worldwide. See an overview of our top contributions.

This stadium is the most recent addition to Moscow's sport and major-events venues, welcoming visitors since September 2014. 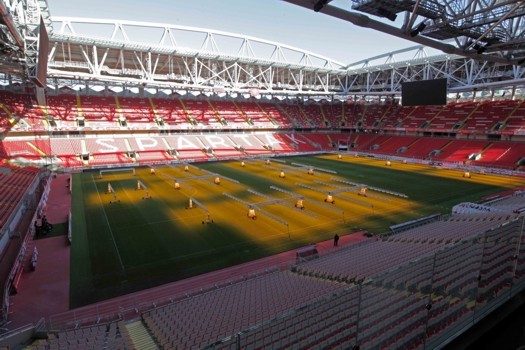 Collections included in the project

One of the largest office development projects being rolled out in Europe, Twin City office park is about to change the landscape of Bratislava forever.

A modern resort serving as gate to the picturesque Little Carpathians mountains, north of Bratislava. A bold bet to restore XIXth century elegance and ambiance.

First class location in the middle of central Bratislava, the Blumental Residence offers long-term accommodation and turns the area into a new popular city hub.

This recently refurbished hotel serves as the best accommodation choice in the increasingly popular historic and oenological area around Znojmo, South Moravia.

Hotels to cater for the business travelers have sprung across Lagos in recent years. The Four Points hotel acts as a landmark.

Expo 2015 took place in Milan, Italy, running from April till the end of October.

This flagship construction takes its name from the main promenade trailing the Caspian seashore.

Olympic village for the 2014 winter Olympics

In the north of beautiful Sochi, the best-known of Russian resorts, a brand-new city mushroomed to host over 6,000 athletes, officials and volunteers.

Kazan International Airport is one of the largest airports in Russia, and owns the acknowledgment as the best regional airport in the CIS countries.

Cortex Park is being developed as a multi-use area aimed at hosting research facilities, offices, housing and a variety of educational infrastructure.

Sheremetyevo Airport was recognized for the second time in a row as the best airport in Europe for service quality, in 2012 and 2013.

Multi-terminal Václav Havel Airport acts primarily as a gateway to Prague and as the best link of the country with the global economy.

Very peculiar Hotel in close proximity to Prague. Going back to 1395, Kings have been guests and battles have been fought within its premises.

Villa Tugendhat is the only item listed by Unesco under its Modern Architecture category in the whole of Czech Republic.

This building and the homonymous institution are central to Czech history and art, well-known as the alma mater of Czech opera.

The city of Uyo is the capital of the Akwa Ibom state, which is at the center of booming Nigeria oil extraction industry.

The largest health care institution in the southern Russia dates back to the second half of XVIII century.

A four building hotel, the Izmailovo prides itself on being the 5th largest hotel in the World, topping the charts from 1980 till 1983.

This hotel complex specializes in conferences, as it lies close to the Brno Trade Fair.